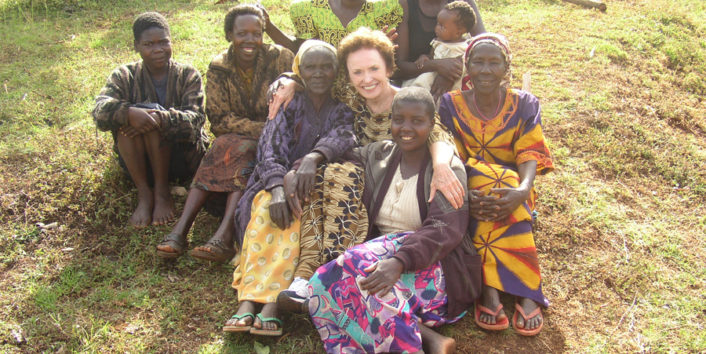 A gripping story about a woman on a remote Mountain in Africa.
It’s a heartbreaking account about the tragedy that bitterness causes.
It was told to Ruth by a woman who came to our Seguku
Village compound in Uganda, East Africa.

This is her story.

“On the Mountain all girls are treated brutally by their fathers.

They are publicly degraded in the worst kinds of ways by the witchdoctors. All across the village you can hear their terrified screams when they are forcibly held down and the horror of Genital Mutilation is brutally done to them. 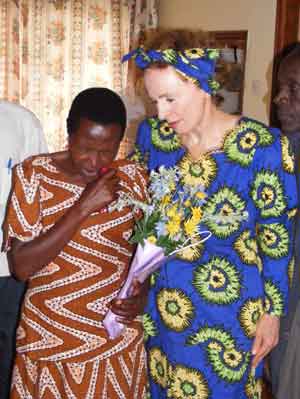 Many die a terrible death from bleeding or from the worst kinds of infection. For those who survive, they suffer the rest of their life from excruciating physical pain.

My father dragged me to the witchdoctor many times to have this evil things done to me. But each time I refused.

He even threw me into the witchdoctor’s fire because I didn’t want to go.

Then when I became born again, I knew God didn’t want these horrible things done to me. But my being unwilling meant I became an outcast on the Mountain.

I was despised by my people all of my life, including my entire family and even by the Christians.

No man would marry me because it brings so much shame to be with a woman who has refused the horrors that are done to little girls.

Because of the shame, my father even beat me as an adult if I ever came close to him.

Every day I hated him for all he had done to me and as I got older this bitterness controlled my thoughts. I couldn’t escape the evil torment my hatred caused me.

So Mama Ruth, you came to Pastor Stephen’s church in 2001 and shared your testimony about how you hated those who had abused you. When you told your story, the women of the Mountain who have suffered so much felt close to you. We knew you understood our suffering.

Then the instant the sound of your harp began, God’s glory came down upon all our darkness.

We’ll never forget how the presence of God filled that church and touched the desperate women and the young girls who were so frightened because they knew what would soon happen to them. 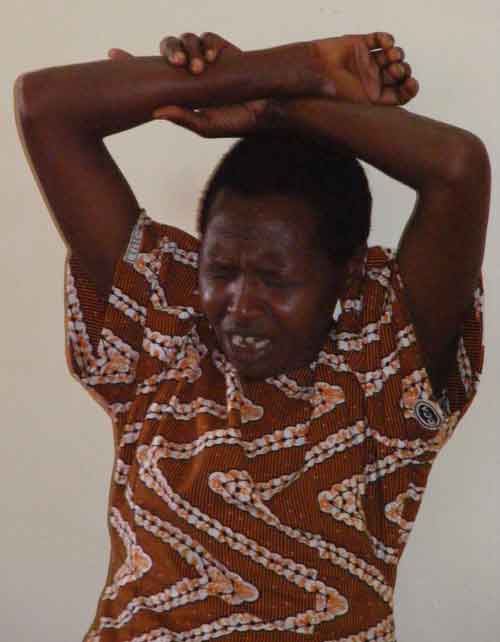 Then you said, Mama Ruth:

‘I had to forgive because my hatred was destroying my life and now God is saying you must forgive. He understands how much you’ve suffered. He knows you’ve been horribly hurt. It grieved Him more than you can possibly know every time someone scared you or hurt you. Every time you screamed He wept with a broken heart. But now because of God’s tremendous compassion toward you, He longs to help you and He’s the only one who can. That’s why He sent us here. He wanted us to tell you He longs to take away your hurts. But He can’t do that for you until you forgive.’

Mama, you were crying as you said that. We could tell your heart was breaking for all we’d been through that was too much for us.

At that moment the sobs from the women and girls made me cry too. But when they cried out ‘I forgive. I forgive,’ I couldn’t say it. I knew God was speaking to me through you.

But I couldn’t stop hating my father.

After that day I suffered greatly because I had said no to God. I ran away to Kenya to escape from the persecution and shame. But this didn’t help me. When I came back to the Mountain, I was homeless. My body was weak with sickness. I was mocked everywhere I went. I couldn’t stand the hurt inside of me. I was completely alone.

Even God was now far, far away and I knew it was because I wouldn’t forgive that morning you came to our church and God filled it with His presence.

I felt such a deep regret that I begged God many times,

‘Please give me another chance and help me forgive.’

After many years went by, I came here to this compound and here you are again, Mama Ruth.

That same presence of God is here and I heard your same testimony about forgiving.

I cried so hard as I listened to you because God told me,

‘Here is what you’ve been asking Me for.
Now I say to you again.
Will you forgive?’ 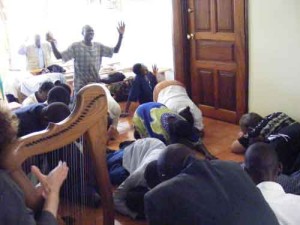 As soon as Rita described that moment when God spoke those words to her, I vividly recalled her weeping on the floor of our compound while everyone sobbed and forgave unspeakable horrors and atrocities from the Mountain.

Her face even stood out when she returned to her chair because she no longer even looked like the tormented woman who had collapsed in agonizing pain at the altar.

She now looked so free and so happy.

It was after that morning session when Rita told me this story of her life.

With every word she spoke I marveled how the Father had weaved our paths together over a span of different continents and many years so that He could bring her back to the same place of amazing grace in His presence and give her another chance to forgive.

Her cheeks now glistened in the sun while she continued with her story and told me:

“It no longer matters to me that I can’t marry and I can never have children. Now all I want for the rest of my life is to take this love to everyone on the Mountain I possibly can. I want the many there who are outcasts and despised to have this same hope given to them.”

But then a sad look flickered across her face. She hung her head low and glanced down at the ground while she softly explained:

“I only wish my father was alive so I could go to him and tell him I love him. Even if he could never accept me as his daughter, I still wish I could tell him I’m sorry for hating him and I now love him. But my father is dead.”

Then her torment disappeared as she looked up to heaven and whispered to me:

“Yet while I lay on the floor, God held me close to His heart. He comforted me with these words that I will remember forever:

‘It’s going to be alright. You’ve forgiven your father. Even though he’s dead, your sadness is over. Now go with My peace into the rest of your life and I will be to you that Father you never had. Because you’ve let Me love you, the shame and despising can never wound your heart again. I’ve set you free. You are no longer an outcast and you’ll never have to face another day alone again. I will be there with you as your loving, kind Father every step of the way, no matter what.'”

A month later when we returned to the Mountain for a week of ministry, Rita ran into my arms.

This is what she looked like, with all her new found peace shining brightly from her happy smile. 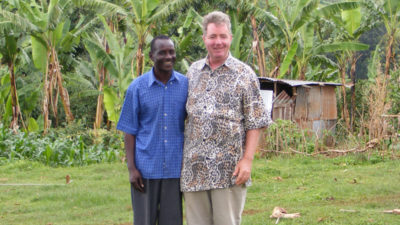 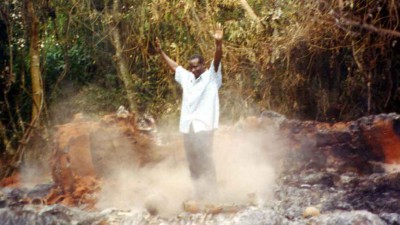 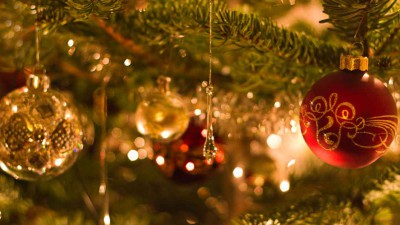 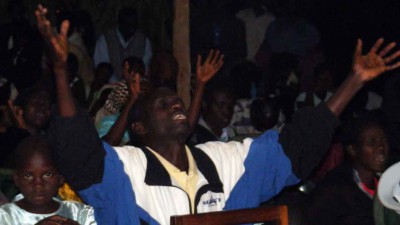 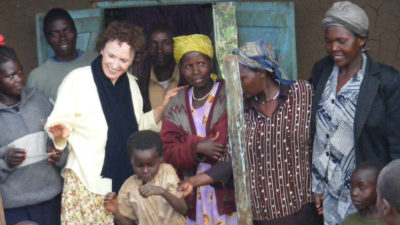 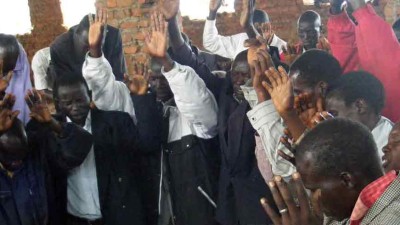 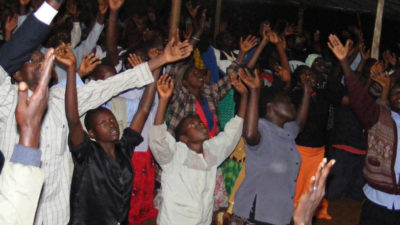 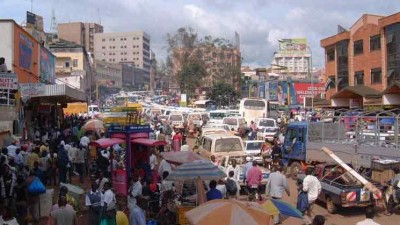